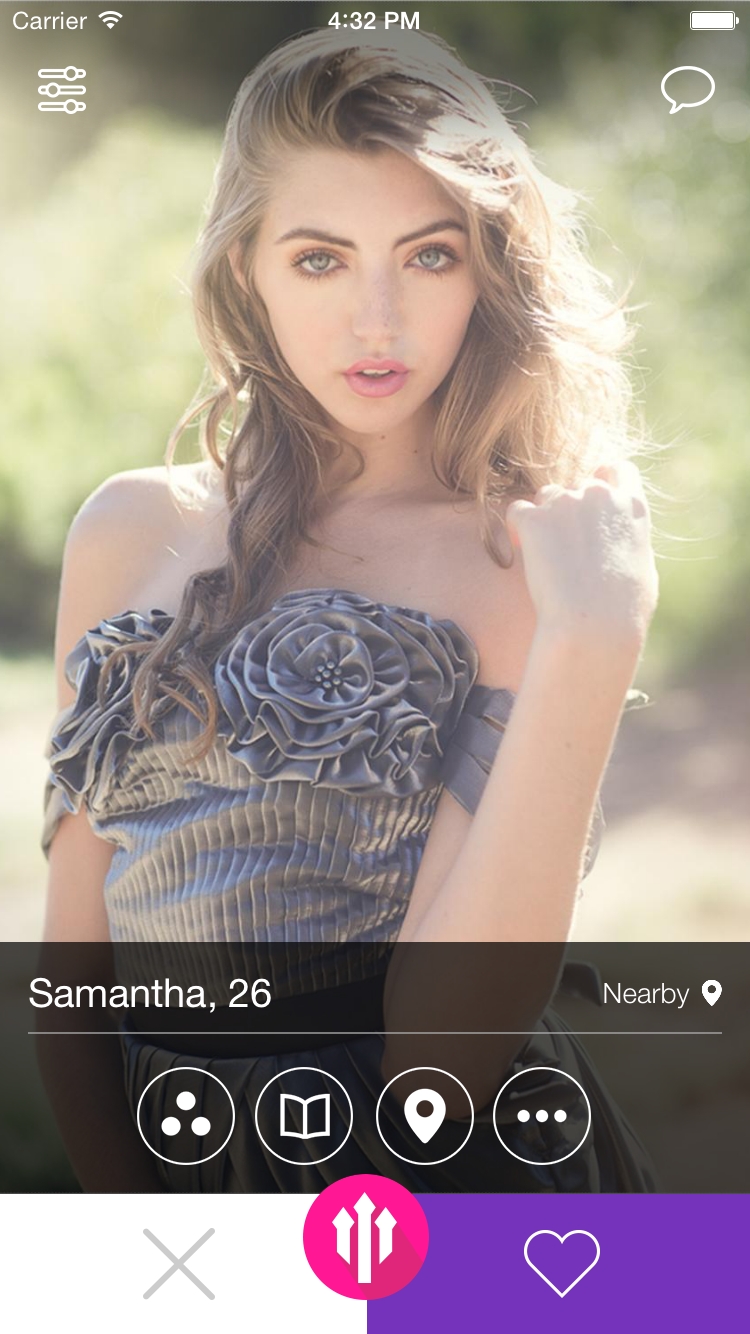 Our favourite features in the Temptr mobile app 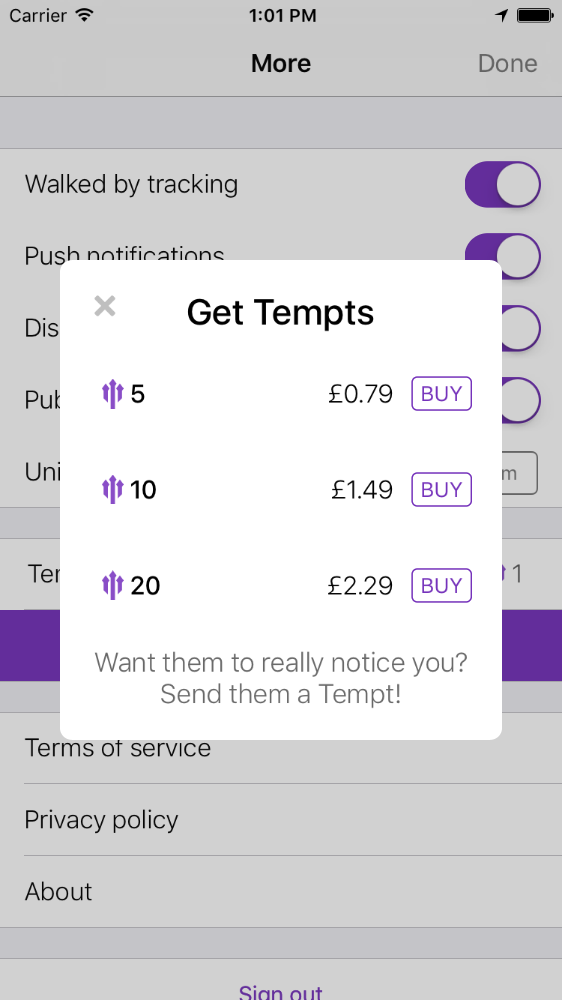 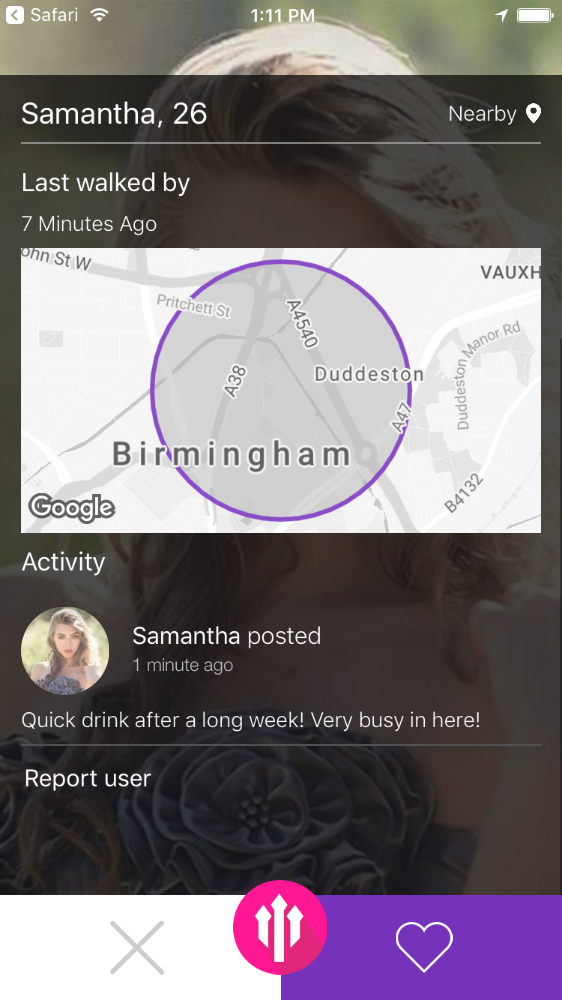 “I've been really impressed with your professionalism and how hard-working you are, it's great to see and gives me real confidence."

The core idea for the mobile app was to bring together the best of Tinder, Twitter and Instagram into one neat, polished and simple package - swiping, statuses, checking-in, instant messaging and photo sharing were to be Temptr's core features. The social discovery app was to be developed for both iOS and Android as native mobile apps, ensuring near full market coverage - a critical aspect of such a platform, where the number of users in an area needs to be as high as possible in order for there to be content within the app.

Tinder profiles were extremely limited at the time, only featuring photos and a short bio, making it rather superficial and difficult to get a feel for potential matches' personalities. Temptr aimed to solve this problem by providing more well-rounded profiles. It was also felt that Tinder's user interface left much to be desired and could be improved upon.

Our iterative approach to development allowed the project to be built up over a number of stages, dictated by feedback from early testers, to grow the product towards a market-fit, without the need to fully define every aspect of the project at the outset.

Temptr planned to see large numbers of users from day one, as a result of its marketing campaign and expected press coverage. We ensured that the back-end cloud architecture was designed to scale with demand at short notice, to avoid the risk crippling marketing momentum gained resulting in large burst of users.

Temptr was available on iOS and Android from day one, with a worldwide release. Keeping the familiar swiping to like and dislike, made popular by Tinder, Temptr made several improvements of the user interface, such as creating more room for full-sized photos.

Temptr has undergone continuous innovation since its initial release, further extending its feature-set and value. One of the most notable additions was adding background location tracking to support showing potential matches that users have crossed paths with in the real world. In app purchases were added to the app, opening a revenue stream, allowing users to purchase 'Tempts' - the ability to place your profile at the start of a selected user's queue, increasing the chances of matching. 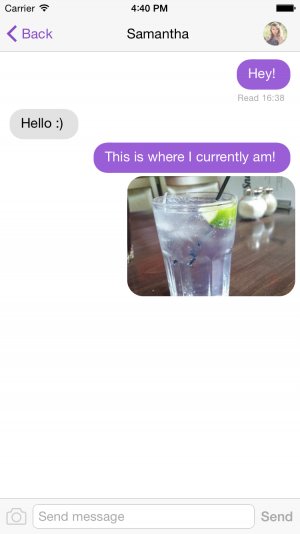 Exchange instant messages and images with other users that you have matched with.

Monitor app analytics from the web

Allows the Temptr team to view key insights into user activity in the app. Allows content management, such as verifying celebrity profiles that show up in the app. 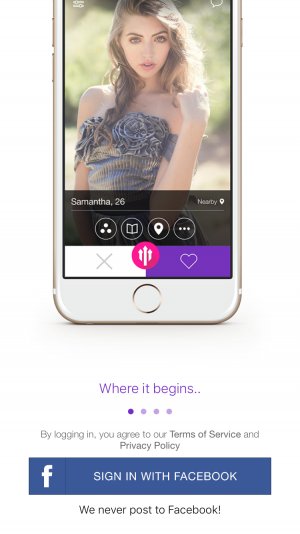 Start using the app straight away

Logging in with Facebook allows us to import and pre-populate account data, such as name and age. 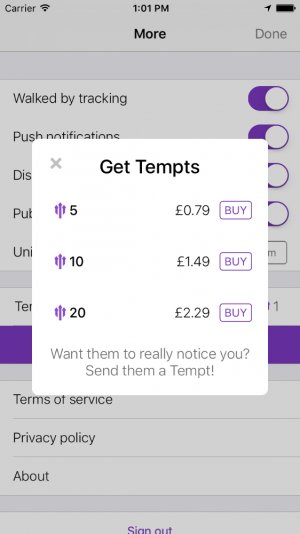 "Tempts" - pushing a user to the front of the queue

Temptr's in app purchase involves purchasing packs of "Tempts" which can be used to show other users that they are especially liked. Tempt-ing involves pushing the user to the front of the suggestions queue, having a visually distinctive profile, as well as sending a push notification to the recipient - constantly bringing users back into the app. 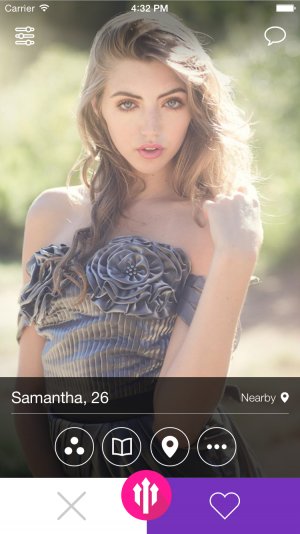 Instead of a multi-step registration, asking for many pieces of information from the user, we import Facebook data to automatically perform this task. Accounts come pre-populated with data such as name, age, gender, profile images, gender preferences, and so on. 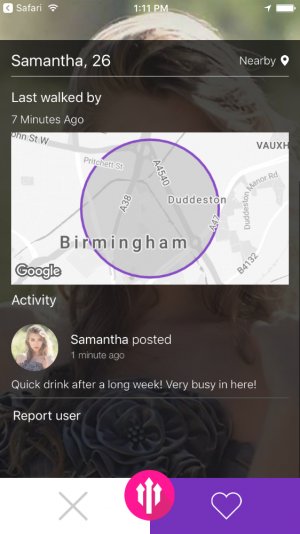 Discover users you have crossed paths with

Using low-power background GPS tracking, the app is able to show you other users who you have encountered physically in real life. This helps to build trust in the platform, showing the users are real - as well as increasing the chances of a match, and therefore user engagement. 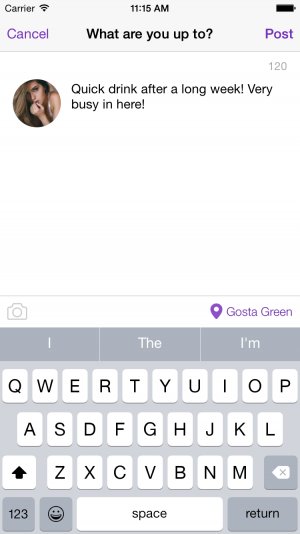 Select from a list of nearby locations to show other users on your profile that you are there. Suggested users can be filtered by their check-in, showing users currently in the same physical location - making an approach much easier. 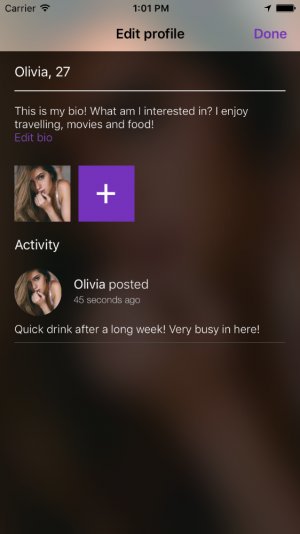 Temptr users can select profile images from their Facebook account, as well as being able to send them via instant messages. While adding convenience for users, and not having to use their data to upload images, utilising Facebook photos helps to significantly reduce moderation effort, as most inappropriate photos are removed by Facebook - allowing the app to scale using a smaller team.

To be able to meet the growing demand of an expanding user base, often sudden bursts of traffic during publicity, we implemented an robust software architecture that could meet the rising international demand.