See the video case study
“What used to take 1-2 days using our previous methodology now takes 2-4 hours with the application and the spreadsheet export [up to 8x faster]."

Transforming the process: Developing a bespoke web app to increase productivity by 8x

We developed this bespoke web app for a public transport solutions company. They wanted to digitise their data collation process to introduce automation and boost their productivity. The software needed to streamline the process, outputting an actionable spreadsheet that would seamlessly plug into their existing process.

The company specialised in modelling transport systems and public transport. This meant that their work involved evaluating disruptions to traffic, including roadworks, closures, and diversions.

In the original data collation process, the client had to manually collect data from ordnance survey maps, cross-referencing with an archive of public transport information. Then the data had to be manually organised in an Excel spreadsheet before it could be processed or revenue could be generated.

Throughout initial consultation and discovery workshops, we designed an intuitive map-based interface that downloaded data from Transport API.

The software automatically collated bus route information for an area drawn by the user. We customised the software to export data tailored to their existing spreadsheet template, making internal adoption frictionless.

Implementing the software needed to be seamless. Before digital transformation, the process took up to two days before our client could deliver — a key aim was to improve the billing cycle to generate a faster return on investment (ROI).

Using the new bespoke web app, our client reported being able to complete the work up to eight times faster (without increasing their team size!) This increase in productivity made the client a rapid ROI on their web app development costs.

Initially, we explored using a postcode lookup, but as public transport networks can span multiple postcodes we needed an innovative approach. The bespoke map-selection tool we delivered played a major role in generating a ROI and ended up delivering huge productivity gains.

The app lets users click-to-draw polygonal areas on a map to select the area they are interested in. The focus for this design was on simplicity. The interface was intuitive and minimalist, making it as easy as possible to our client to implement and generate a ROI.

We developed a custom layer for Google Maps that allowed the user to plot any shape on the map. We then followed a two-step approach to capturing the data.

As Transport API only accepts rectangular areas of selection, we took a bounding box of the user's polygonal shape and fetched the data. The next step was to prune the outlying data in the web app so that the user received the correct data. 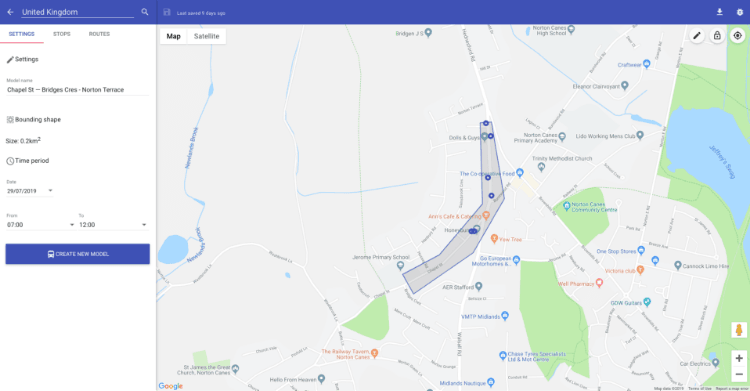 Once an area is plotted, all transport data for the zone is compiled from an external API. The user can then prune the data with a checkbox system to isolate relevant route information. When the user is happy that all valuable data has been selected, the data can be exported with a single click.

We cached the API requests so that users working on the same project could request data within a subsection of the same area without using up all the API quota. 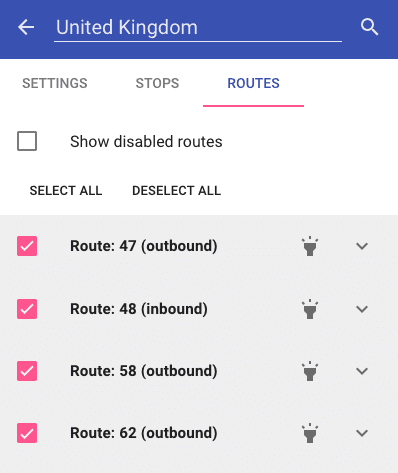 The new web app automatically maps all bus routes passing through the defined area, and reports bus schedules for the specified time-window. Using the Transport API in place of the client's traditional manual approach made the data collection stage near-instantaneous.

This API integration was implemented as a multi-step approach. We downloaded all bus stops within the given area, pruned the outliers, and then fetched the routes and timetables for the relevant stops. 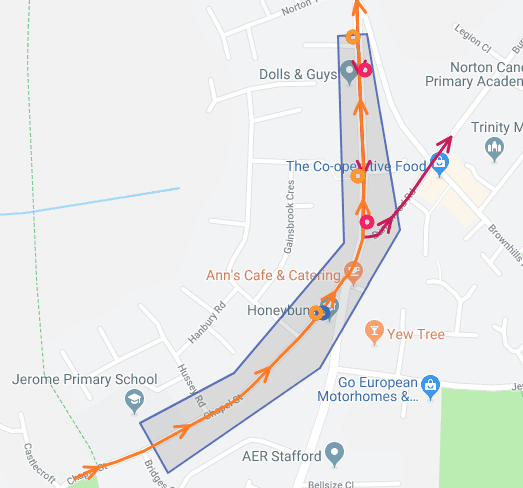 All data pulled from the API is downloadable in an Excel format, custom-made to fit our client’s existing template. This includes consolidated spreadsheets and raw data packs to ensure the new web app fits seamlessly into the existing business process.

Having both options available makes the software an appropriate solution for all project work our client took on. The spreadsheets are an ideal solution for route-request jobs, and the data packs are suited to their longer, consultation-based contracts.

The variable outputs meant the solution could replace their original practices on all incoming work, delivering regular value and creating a rapid ROI. 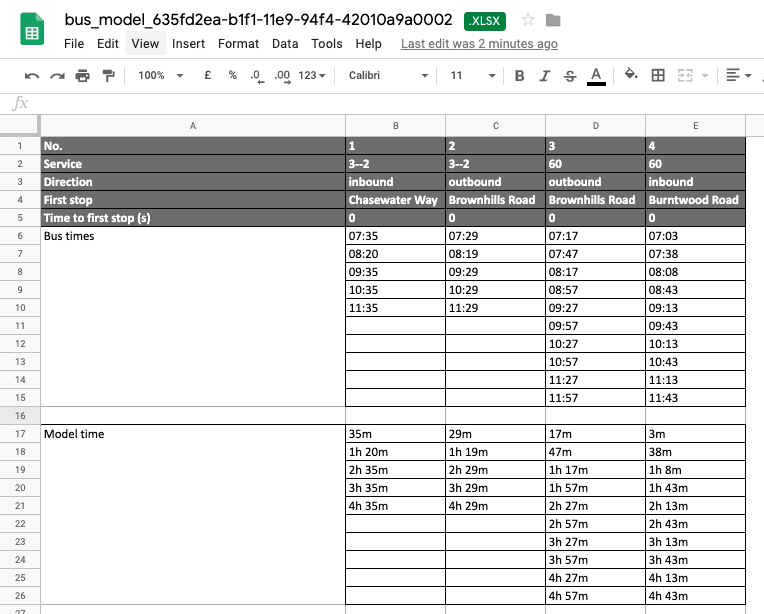 Want to develop a bespoke web app like this one?

“What used to take 1-2 days using our previous methodology now takes 2-4 hours with the application and the spreadsheet export [up to 8x faster]."

Get my free bespoke software consultation

“What used to take 1-2 days using our previous methodology now takes 2-4 hours with theapplication and the spreadsheet export [up to 8x faster]."

Get my bespoke consultation

Get my bespoke consultation