Having built numerous web applications with Symfony for over five years, it felt odd to only now be attending my first SymfonyLive event.

The choice of venue – the Park Plaza Hotel in London – was excellent, with friendly staff plying us with food and drink throughout the day, plus beer & wine during the evening social.

The 300+ attendees – from core contributors to those looking to get started using Symfony – created an atmosphere that had a very sociable and welcoming vibe from the get-go.

It was an early start since the schedule was packed full of talks and networking opportunities, kicking off with a keynote by Fabien Potencier, founder of SensioLabs and the Symfony project. 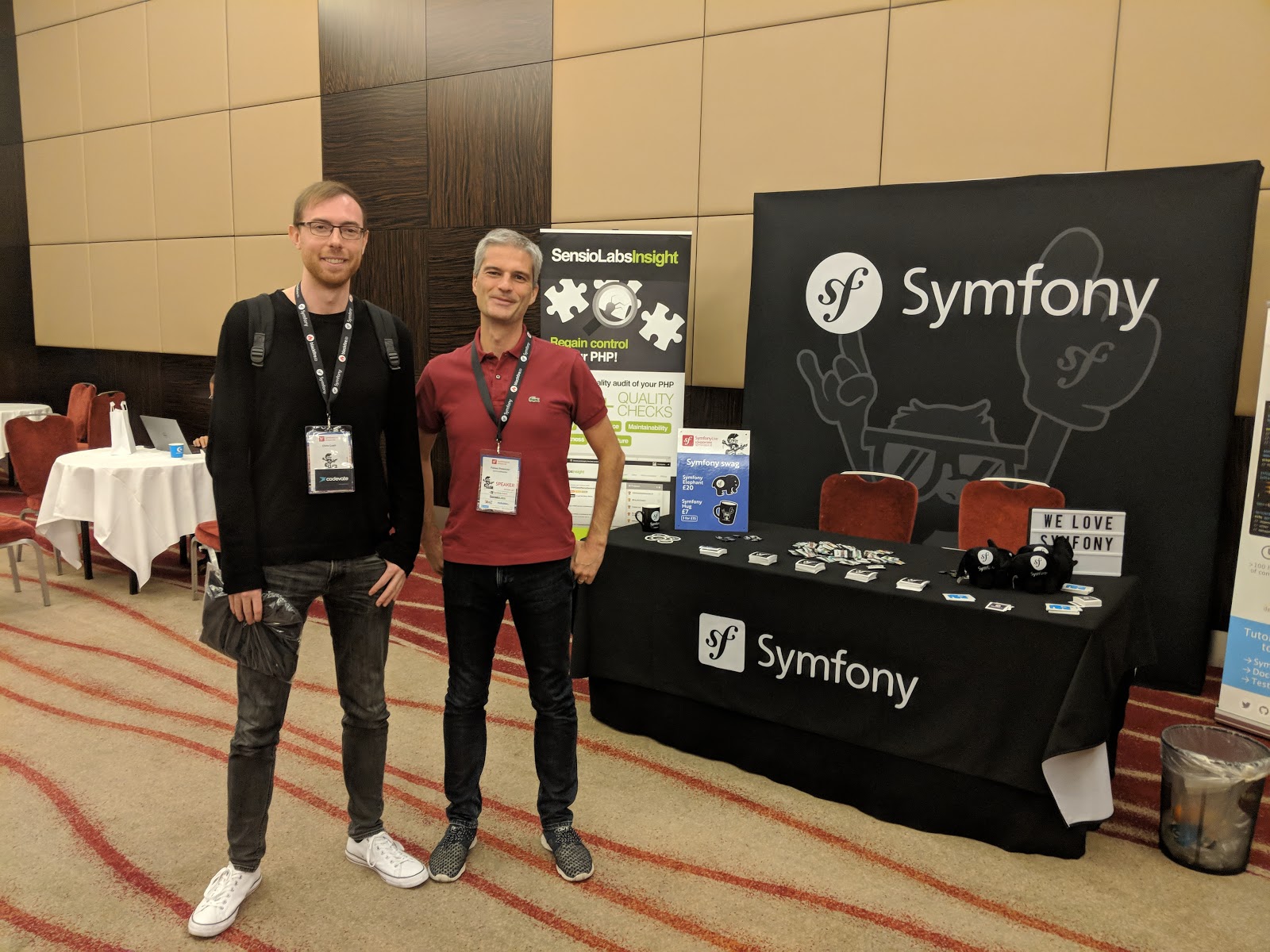 Fabien’s talk created an energy that lasted the rest of the event as he announced a brand-new component to join the fold - something to send emails!

It may sound strange to be excited about this, but it’s been a personal gripe of mine for a while that working with emails in Symfony isn’t as nice as it could be (albeit through no fault of the framework). 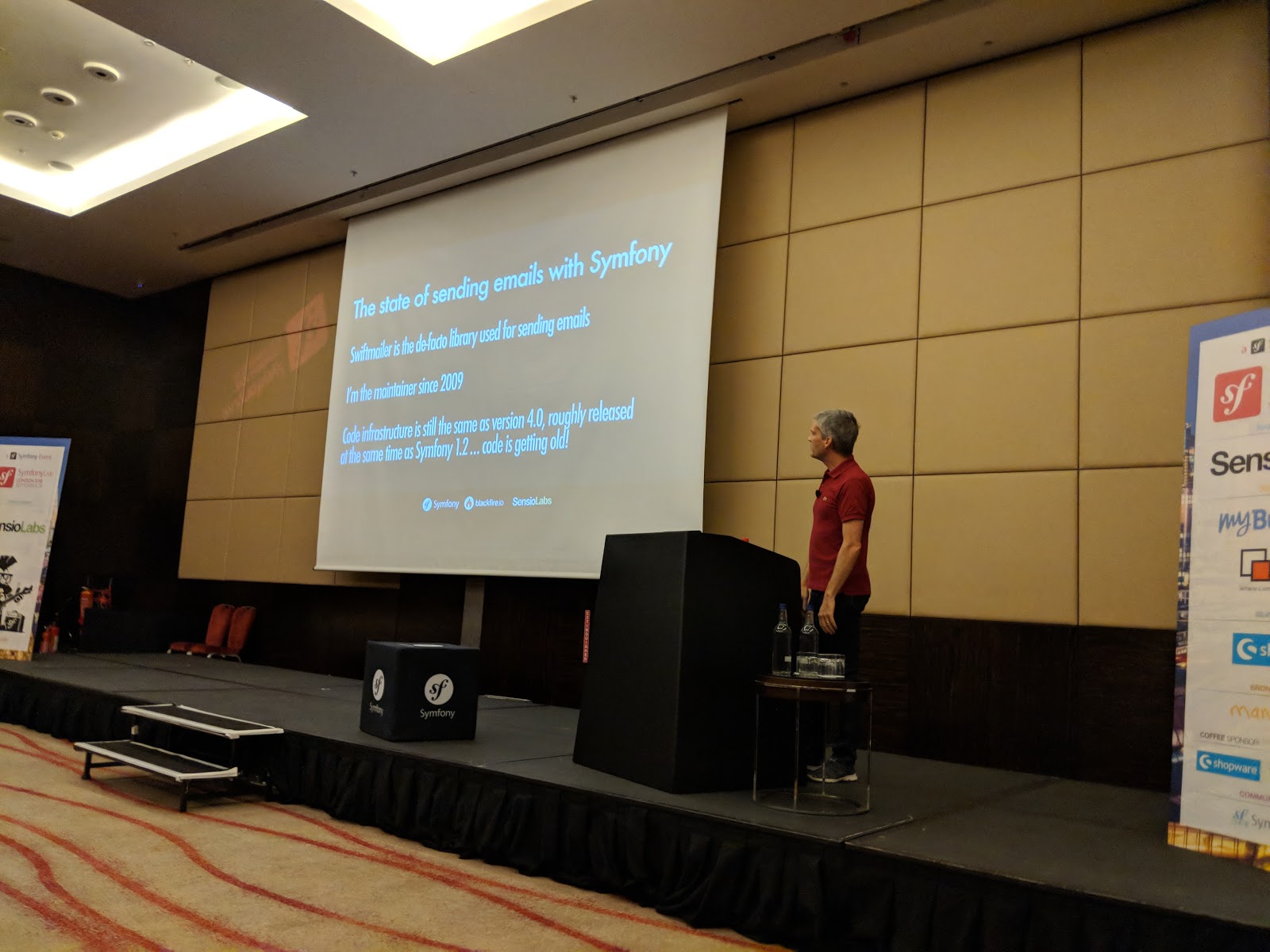 While SwiftMailer does the job, you have to rely on another bundle (or bridge the gap yourself) if you want fancy HTML templating or access to other transport types.

In comparison, this new component will provide direct Twig template integration, transport abstraction for email APIs such as Mailgun, emails as domain objects (meaning you can encapsulate data rather than have to pass it outside via Twig context to access it in a template), and pre-made responsive HTML templates straight out of the box.

Sending emails will never be easier when it (hopefully) lands in 4.3!

The remainder of the day was then spent moving between rooms to attend the various talks and network during breaks, where I had the pleasure of chatting to many brilliant and inspiring people.

In particular, it was by chance that we ran into Javier Miranda, who is deeply involved in the Birmingham tech scene with Silicon Canal and his own company Studio Victoria.

With people arriving from all over the country and abroad, I feel like we did a great job bringing the spirit of our local community to the event and representing Symfony developers in the West Midlands! 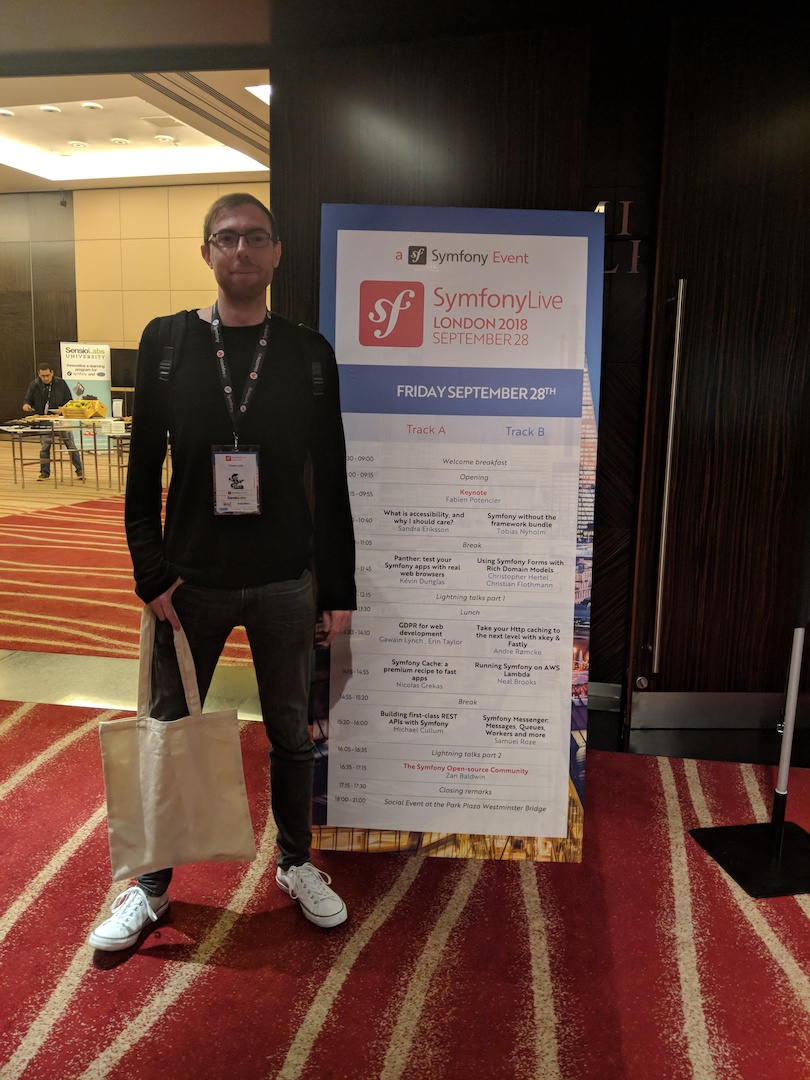 It would be difficult to articulately sum up the day’s events since I learned so much, but I’d say the talk that stuck with me the most was Tobias Nyholm’s on “Symfony without the framework bundle”, where he posed near-philosophical questions on what Symfony actually is and how your interpretation of the framework can affect performance, with code examples showing us scenarios where certain components aren’t always necessary.

It was a great reminder that less code does indeed mean faster execution time, and that while you can buy a bigger server, it’s worth remembering keeping code around “just in case” isn’t optimal.

I’ll end my thoughts on the note that it felt great to engage with Symfony community in-person finally, and that I look forward to attending a future event!